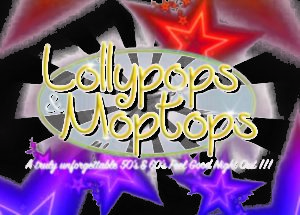 Formerly ‘Freddie and The Dreamers.’ The Dreamers remain one of the best known named bands on the sixties music circuit. Changes to personnel over the past 50 years were of course inevitable but Alan Mosca remains in the band today, He has been in the band as Freddie and The Dreamers and then The Dreamers for over 37 years. Along with Freddie, Alan a toured throughout Europe Australia and The Middle East and along with Freddie was part of the British Invasion Tour of America (part 2) sharing the stage with Gerry and The Pacemakers and The Searchers appearing at Madison Square Gardens, New York and other prestige venues. Appearances on TV alongside Freddie include Cilla Black’s Surprise Surprise, The Noel Edmunds House Party.

The Temple Bros. Steve and Colin seasoned professionals who have toured extensively with their Everly Brothers and friends show. Performing some of the most popular songs of the fifties rock and roll days and the great songs of the sixties. They were award winners in The National Tribute Awards 2017.

Buddy Walker is one of the leading Buddy Holly tributes in the UK, having been performing this act for over 20 years. Another Multi Award winning artist performing all the magical hits from this legend.