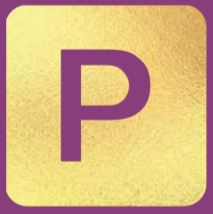 We are pleased Northamptonshire County Council (NCC) agreed to meet (on Wednesday 28th August) with a small group of our Northampton town centre businesses to discuss the on-street parking charges proposal. The meeting, originally scheduled for an hour, was two hours long, with businesses vocal about the proposal.

NCC told businesses that the parking proposal was financially driven, rather than motivated by a desire to reduce congestion. This was challenged by the group as letters issued to the businesses stated that congestion (as well as better use of the spaces available and the environmental impact) was the rationale behind the proposal.

At the meeting BID businesses formally asked NCC for the following:

Brendan Bruder, Co-chair of the BID, summarised: “The meeting was impassioned, and businesses did a superb job at representing not only themselves, but also businesses in their geographical area. There were a small number of businesses who were not able to attend on the day, but they sent their feedback to the BID. This was passed directly to NCC officers.”

The businesses in attendance were:

Antony Ellis, an investor, who was also accompanied by his planning advisor at the meeting

Feedback provided to the BID by the following businesses was passed directly to NCC
officers: