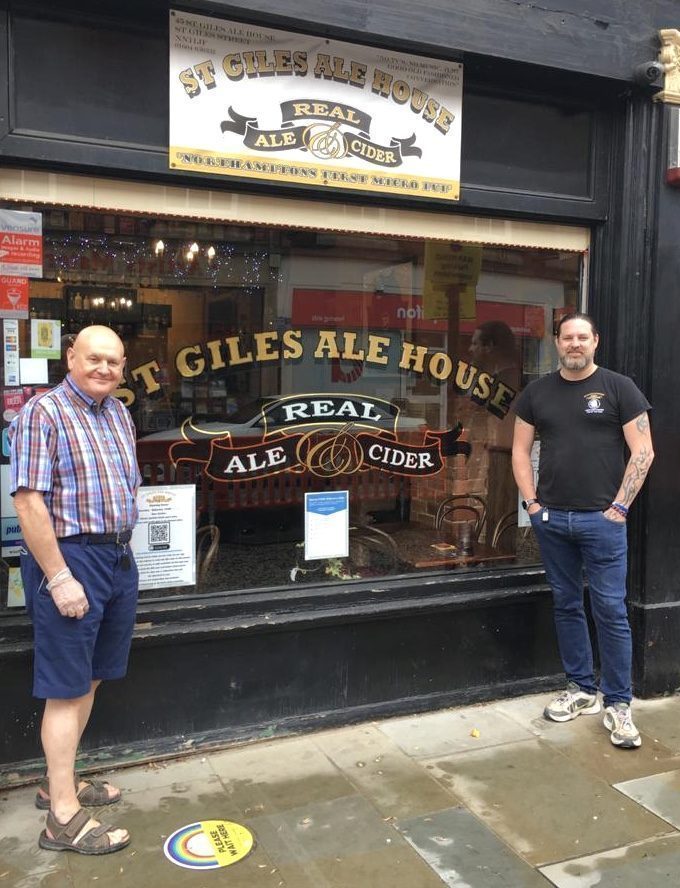 Terry Steers is the owner of St Giles Ale House, first opened in November 2016, and is our new Business Hero.

Terry has provided extensive support to venues, advising pubs about how to safely close their premises at the beginning of lockdown and to ensure all equipment and facilities were usable upon return.

Terry also advised businesses to check their insurance policies as some may have required someone to physically attend the property every week or so.

Terry also provided venues with useful information on new guidance and rules introduced by local councils regarding evening economy – which can sometimes be quite overwhelming to some landlords.

Through Pubwatch Terry has provided a link to the council’s licensing department which has allowed venues to be aware of the specific licensing regulations and ensure that licensees did not overstep their remit in terms of enforcement regarding COVID-19.

Throughout the lockdown period Terry chaired several Pubwatch meetings via zoom which meant venues were never kept in the dark and would continue to feel a part of the community.

Terry has been a pub landlord for 20 years across different venues:

“I have always believed that in the pub world, the more we look out for each other the better we all do. There are many benefits to being part of a community and working together – even if we are competitors. Communication between venues is vital and Pubwatch facilitates that communication. “

Terry enjoys being a problem solver and being able to help others – being chair of Pubwatch has given him that opportunity.

Terry has also volunteered for N-Live radio station over the last few months. He has been running the evening drive time slot from the comfort of the Ale House. On N-Live he has been promoting all things Northampton, whether it is community groups, charities, or local businesses. N-Live has also offered a discount to local businesses who would like to advertise on their station.

“Although I am not from Northampton originally and have lived in various cities across the country, I’ve never felt more at home than in Northampton”, said Terry.

Did you know? There are a number of great pubs in the Cultural Quarter, which has a history of brewing going back to the 13th century. In 2014 on the site of the County Council offices in St Johns Street, malt ovens and two deep wells were discovered indicating the brewing of beer in the area on a relatively large-scale dating back 800 years.

Do you have a ‘Business Hero’ in mind?

Our Business Heroes will be individuals or teams who, over the lockdown period, have:

Our Heroes must own or be employed by a Northampton town centre BID-levy paying business. Find out more and make a nomination HERE.