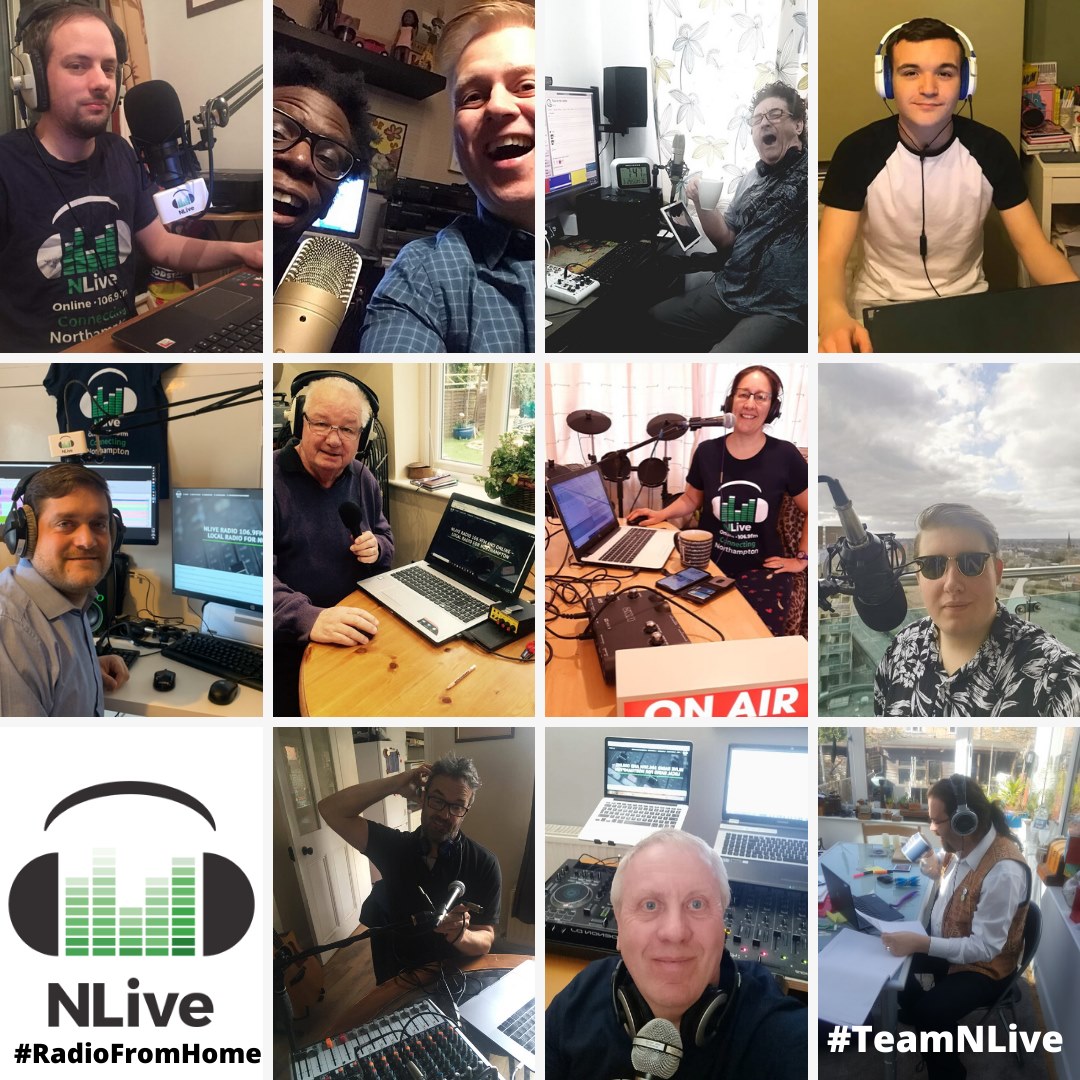 Our latest Business Heroes in Northampton town centre are the volunteer presenters, producers and journalists at NLive Radio. The station is based within the University of Northampton’s St Johns Halls of Residence.

Martin Steers, author at NLive Radio, said: “When lock down happened the NLive Studios, based in the town’s cultural quarter, also went into lockdown as a safety measure. All our volunteer presenters, producers and journalists had to start broadcasting and producing from home. Many of our team even had to buy their own kit to make it all work.

“Everyone worked together and supported each other. We were united in one aim – to not only continue broadcasting but to also increase the amount of presenters we had on air and to increase the amount of local content. We brought in new guests to raise awareness of what was going on locally, and to discuss what local community groups and businesses were doing to support the town through lockdown and beyond.

“It worked and since lockdown we’ve had more presenters on air then ever before. We have also had more locally produced news bulletins, online content and interviews.

“For the first few months of lockdown we ran free promo messages so that businesses could thank their customers and keyworkers, wish people good health and to stay safe, and to promote what they were doing to help support the town and the local community.“

Northampton’s Cultural Quarter is the home to the nationally acclaimed Royal and Derngate theatre which welcomes over 300,000 audience members each year in its 1,200 capacity theatre. It offers a diverse programme: drama, dance, stand-up comedy, classical music, children’s shows, opera and pantomime. It also hosts the February degree conferment ceremonies for the University of Northampton each year.

Originally built in 1884, actor Errol Flynn made early appearances on the here before embarking on his film career. For several months in 1933, he was part of the Northampton Repertory Players at the Royal and had given his name to the Errol Flynn cinema, now known as Northampton Filmhouse, on the Derngate and he still has an unpaid debt to Montague Jeffery menswear shop!

Do you have a ‘Business Hero’ in mind?

Our Business Heroes will be individuals or teams who, over the lockdown period, have:

Made a real difference to colleagues, family and friends

Been instrumental in making positive changes to the town centre

Given back – to the community, customers and the town centre

Our Heroes must own or be employed by a Northampton town centre BID-levy paying business. Find out more and make a nomination HERE.