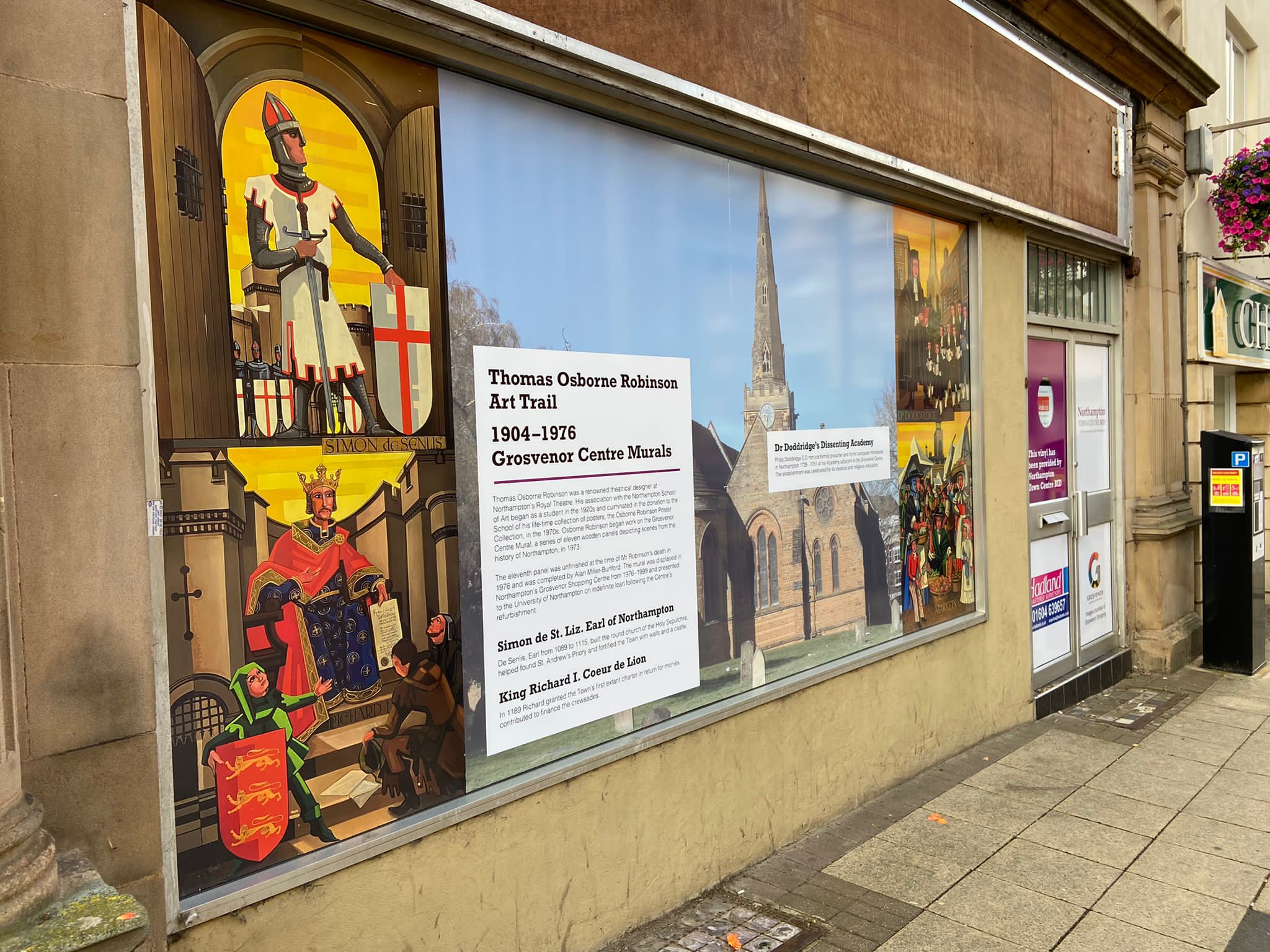 Vinyl window displays charting scenes from the rich history of Northampton have been installed in vacant shop units in the town centre.

The murals were originally designed by the renowned theatrical designer Thomas Osborne Robinson and displayed in the Grosvenor Centre from 1976 to 1999. They have now been brought back to life as part of plans to improve the visitor experience.

The displays form an ‘art trail’ around the town centre, across 6 vacant units. The trail has been funded by Northampton town centre Business Improvement District (BID) in partnership with Grosvenor Shopping, as part of a campaign to improve the look and feel of the town’s main shopping streets.

“The heritage and proud history of Northampton is something to be celebrated. It’s a brilliant place with a fascinating story to tell and we wanted to bring that story to life for visitors to the town centre.

For many shoppers, Thomas Osborne Robinson’s mural was part and parcel of any visit to the Grosvenor Centre so we are thrilled to be bringing it back to the town centre in a new format, brightening up empty shop fronts and improving the look of our streets.

The art trail, coupled with the Tidy Day planned for August 23, is further proof of our efforts to work together with businesses to get the town looking its best, helping to create an enhanced visitor experience and making the town centre an exciting option for new businesses looking to move into the area.”

The first vinyl, now in place in Bridge Street, commemorates the visit of Queen Elizabeth 1 in 1564 when she was presented with an embroidered purse. Others show key moments in the town’s history such as the Great Fire of Northampton in 1675.

He began work on the Grosvenor Centre Mural, a series of 11 wooden panels depicting scenes from the history of Northampton, in 1973. The eleventh panel was unfinished at the time of his death in 1976 and was completed by Alan Miller-Bunford.

The murals owned by Grosvenor Shopping were presented to the University of Northampton on indefinite loan following the Centre’s redevelopment in 1999.