A great season at Royal & Derngate for autumn 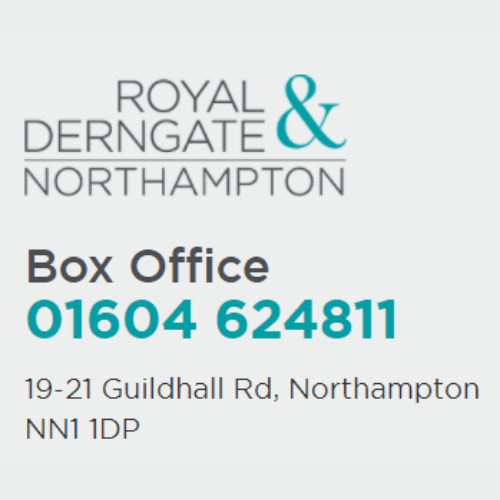 A great season at Royal & Derngate for autumn and beyond, including School of Rock, Chicago, Blue/Orange and pantomime Dick Whittington

Through the autumn to Christmas and beyond, Royal & Derngate brings a busy programme of drama, musicals, comedy, music, dance and family entertainment to Northampton. The coming months are packed with many rescheduled shows and events from 2020 and 2021, particularly stand-up comedy. Looking further ahead into next year, the theatre will be back with an even broader variety of shows and events.

Among the great selection of musicals is the sensational show Chicago, set in the razzle-dazzle decadence of the 1920s, starring Coronation Street’s Faye Brookes as Roxie Hart, popstar Sinitta as Matron ‘Mama’ Morton and TV star Darren Day as Billy Flynn. This autumn also sees Andrew Lloyd-Webber’s West End smash hit School of Rock come to Northampton as part of its first UK tour. Highlights for next spring include the brand new stage musical version of Bedknobs and Broomsticks, along with Waitress, Hairspray, Six and The Osmonds Musical. Local community group Northampton Musical Theatre Company also present Shrek The Musical this October.

Newly announced for the Made in Northampton season is Joe Penhall’s razor sharp contemporary satire Blue/Orange, winner of the Olivier, Critics’ Circle and Evening Standard awards for Best New Play in 2001. With a cast including Giles Terera (Hamilton) and Michael Balogun (Death of England: Delroy, National Theatre), Royal & Derngate’s artistic director James Dacre directs this incendiary interrogation of power and privilege in modern Britain. Also now on-sale for 2022 is The Wellspring, a timely and intimate work in progress from award-winning playwright Barney Norris (The Remains of the Day) and his father, the acclaimed pianist and broadcaster David Owen Norris, directed by Jude Christian, exploring the relationship of father and son. Continuing the theatre’s work developing original new musicals, An Improbable Musical will take to the stage in the spring, with a brand new show improvised every night.

Other drama coming to Royal & Derngate includes 60 Miles by Road and Rail, written by local playwright Ryan Leder and directed by Andy Routledge. Exploring the development of Northampton as a New Town in the 1960s, the production has been supported by the theatre’s Generate Artist Development programme, and is accompanied by further arts, heritage and community events.

The autumn season features music from a host of top artists including Jason Donovan, Marti Pellow, The Overtones and Cornish shanty singers, Fisherman’s Friends. Satirical cabaret trio Fascinating Aida also return. For classical music lovers, the Royal Philharmonic Orchestra is back with a captivating programme including Elgar’s Enigma Variations and Mendelssohn’s Violin Concerto, plus a special relaxed interactive performance for people who may find traditional concerts challenging to attend.

This autumn’s wide-ranging programme of entertainment also features the explorer Sir Ranulph Fiennes reflecting on his life of adventure, the charismatic rugby player James Haskell sharing his anecdotes and experiences of the game and Tim Peake with his fascinating insight into life as an astronaut.

Looking ahead to the New Year, Royal & Derngate is thrilled to welcome back Rambert Dance Company, who bring a powerful dance work, Aisha and Abhaya, combining film, animation, music and live performance, while The Russian State Ballet of Siberia also return with three exquisite ballets.

For more information about any of these events, call Box Office on 01604 624811 or visit the theatre’s website, www.royalandderngate.co.uk.

Royal & Derngate has been awarded UK Theatre and SOLT’s See it Safely mark, an accreditation that acknowledges the venue is COVID-secure and will be following the latest government and performing arts guidelines in welcoming audiences. The theatre has a ‘Book with Confidence, Exchange with Ease’ policy. More details can be found on the theatre’s website at https://www.royalandderngate.co.uk/your-visit/covid-guidelines/