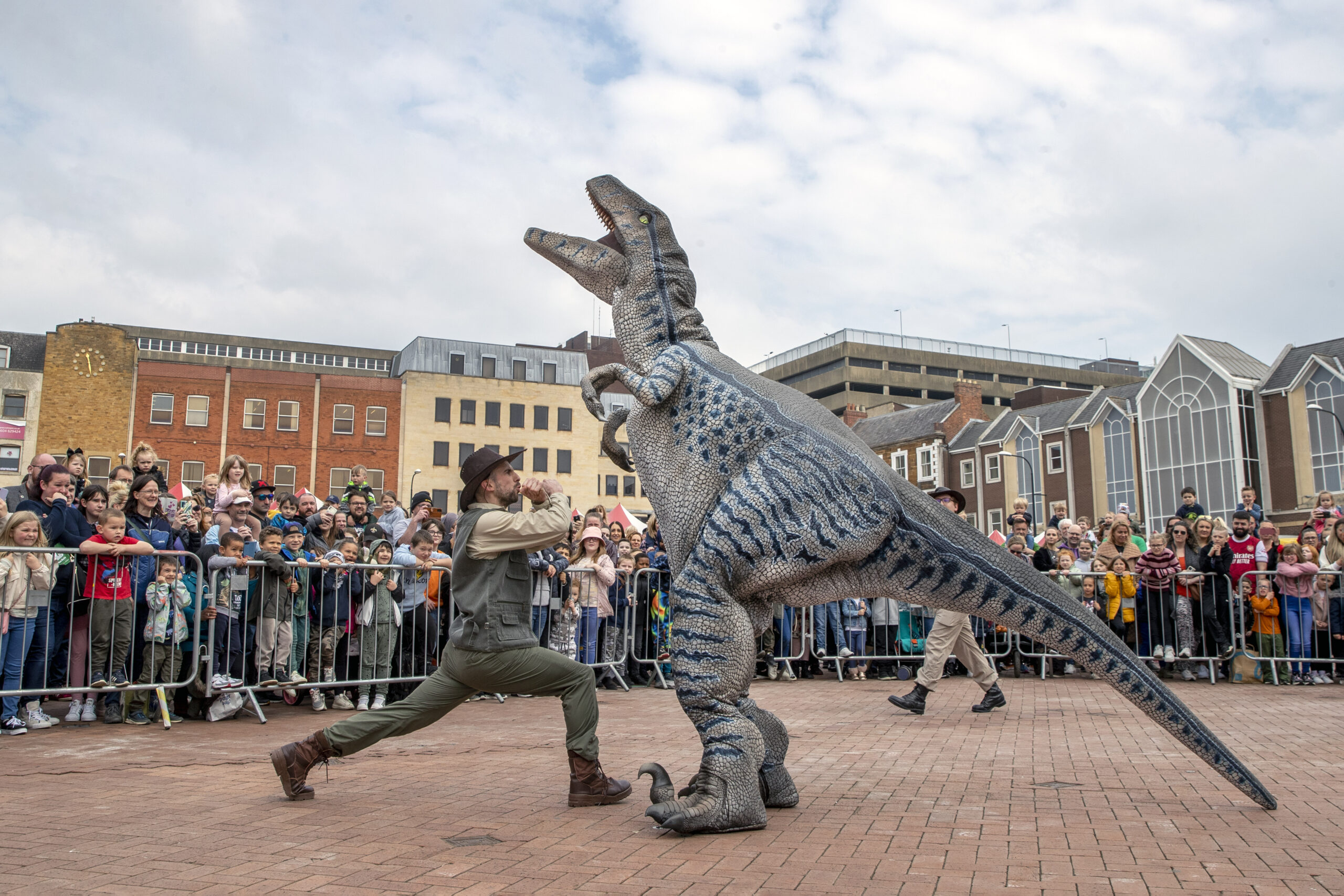 Huge crowds packed into the Market Square to see the dinosaurs as part of a day-long series of free activities staged by Northampton Town Centre Business Improvement District (BID), with shops and retailers reporting a surge in trade as a result.

Latest figures have revealed footfall in the town centre was 20 per cent higher than the previous Saturday, with that figure rising to 26 per cent in the Market Square where the bulk of the activity took place.

West Northamptonshire Council’s Mayorhold and Grosvenor car parks saw a combined increase in usage of 52 per cent compared to the previous Saturday. 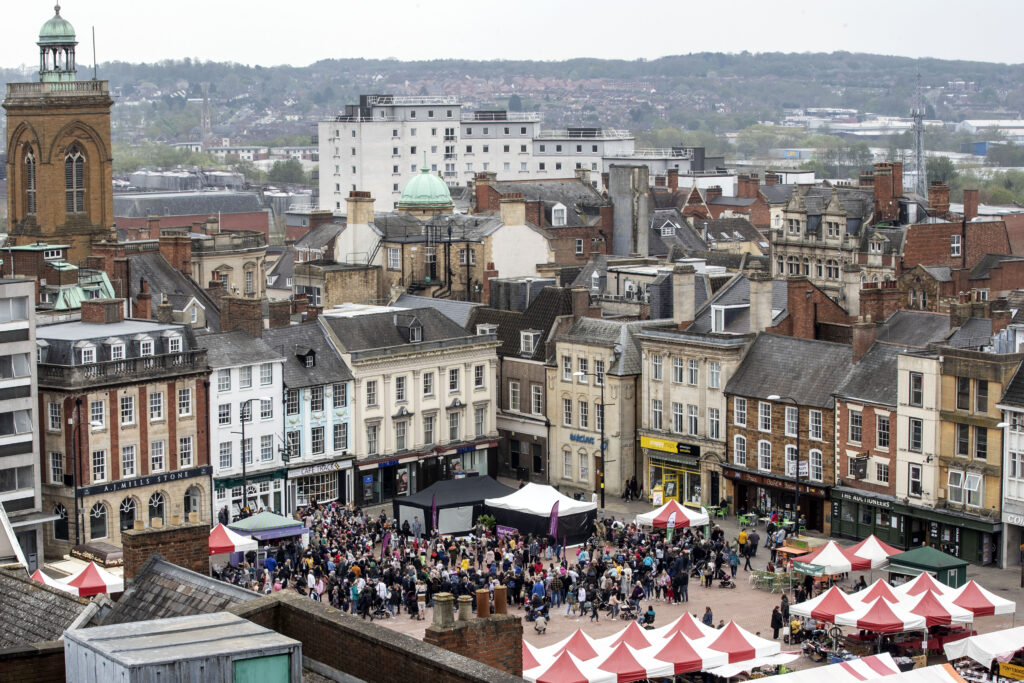 Mark Mullen, Operations Manager for Northampton Town Centre BID, said: “It was brilliant to see the town centre so busy, with families making the most of the sunshine to enjoy a fantastic day out. The atmosphere was amazing, with children and adults alike loving the dinosaurs.”

Lots of town centre businesses got involved with the day and staged dinosaur-themed activities themselves, including a ‘dino egg bath bomb’ making session in Lush, dinosaur cakes in Dreams Coffee Lounge and craft sessions in the Central Library.

As part of the event, a prize draw was held, with two lucky winners receiving tickets to see the dinosaurs when they return to The Deco Theatre in July.

Nine-year-old Levi Vint from Northampton said: “I loved it. Zeus the T Rex was my favourite and I couldn’t believe how realistic they were, it was amazing. I’m really looking forward to seeing them again, it will be awesome.”

Gail Hinton, from Walgrave, will be heading to The Deco with daughter Lauren and grandchildren Lochlann, aged four and Brennan, aged six. She said: “It was a great event and the kids loved it. The baby dinosaurs were lovely and we really enjoyed making the bath bombs in Lush.”

Young adventurers were also able to enjoy an augmented reality Dino Trail available through the Explore Northampton app – giving families the chance to hunt down 10 friendly dinosaurs hidden around the town centre and grab a selfie with their favourite.

Mary Barrett brought four-year-old granddaughter Olivia to see the dinosaurs and said: “It was the first time I’ve been into town for ages and we absolutely loved it. The atmosphere was brilliant and everyone was really enjoying themselves. We explored the town centre and found lots of lovely shops I didn’t realise were here, we’ll definitely be back.”