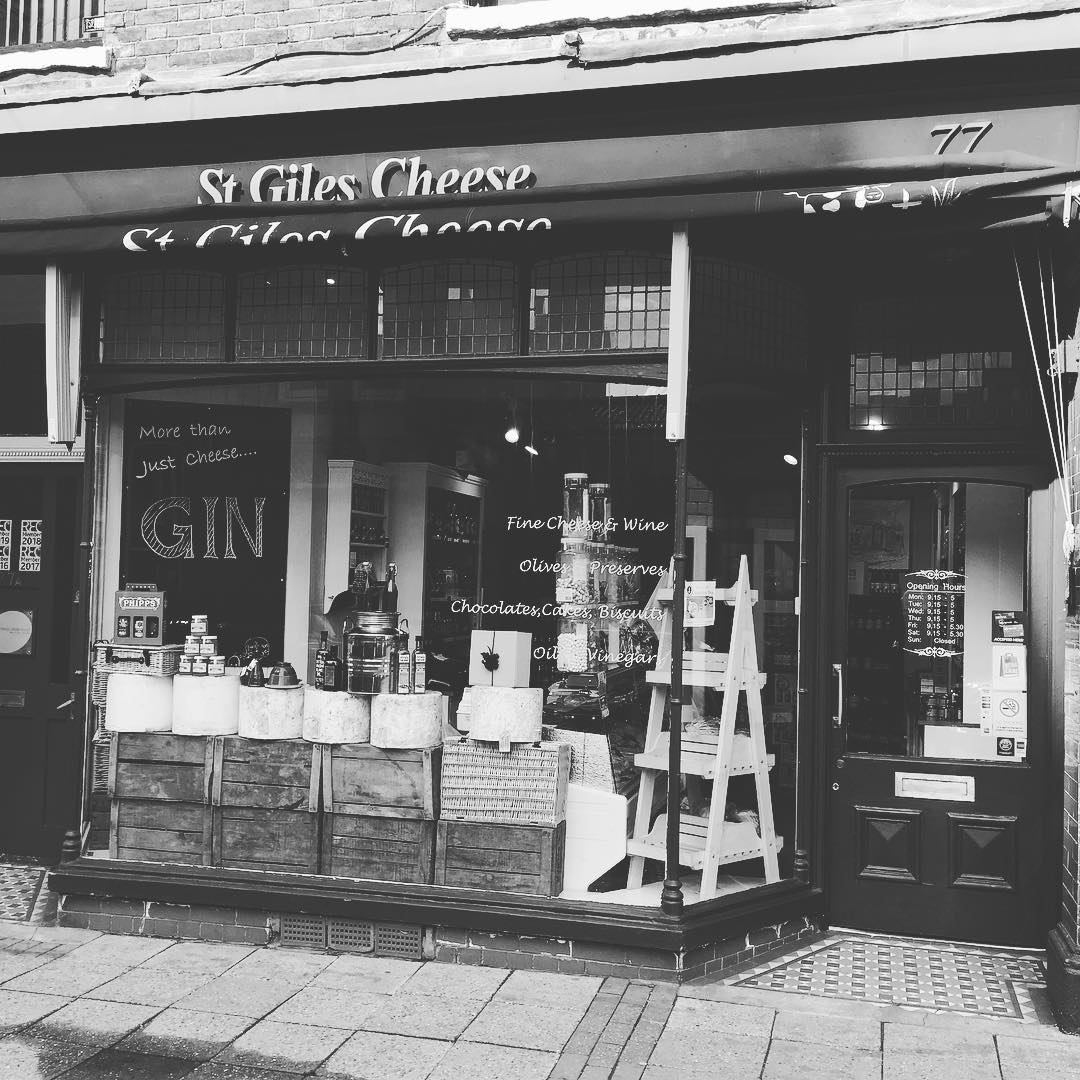 Takings at a town centre independent shop were given a boost on Saturday 2nd February after it was chosen for the first ever Northampton town centre Cashmob.

The group of shoppers and town centre supporters chose to visit and spend money in St Giles Cheese during the Cashmob – an idea where a group of people assemble at a local business to make purchases, originating in America.

Organised by Transition Town Northampton, a voluntary organisation which aims to create thriving, healthy and caring local communities, and supported by Northampton town centre BID, the group met outside H&M before they were told which business they would be visiting.

Steve Ward, owner, St Giles Cheese said: “This group just went ahead with a simple but effective idea to get more people to spend money and as a small business I think that’s fantastic. People will often talk about what needs to be done to promote our town centre but it’s often the uncomplicated ideas that work. We were thrilled to be chosen and that our sales were bumped up on the day. I think after three or four events it will really take off so I really do hope they carry on.”

Rob Purdie, BID executive director, said: “This is a fantastic grass routes idea and one which we as a BID were delighted to support to help promote independent traders. One of the key components of its success was the fact that the business was prepared in advance, although the participants themselves did not know where they were visiting until the morning. The owners at St Giles Cheese did not need to make any special effort but they had been tipped off beforehand that the group would be paying them a visit. The reaction on social media was fantastic and we are looking forward to working with Transition Town Northampton as they plan their second Cashmob next month.”

After visiting St Giles Cheese some of the group popped into Blenders before heading for a coffee at Magic Bean Café.

David Garlick, Chair of Transition Town Northampton added: “This was the first of many Cashmobs to support and promote our independent traders, and the group were talking about the wonderful shops and businesses they will be able to visit next time. Some of the participants had never been into St Giles Cheese so it was a real eye-opener and highlighted that if we all make an effort to visit the fantastic independent shops and businesses we have here, we will be pleasantly surprised.”